​A chronology of Honduras key events:

1525 - Spain begins conquest of Honduras, which is accomplished only in 1539 after bitter struggles with the native population and rivals representing Spanish power centres in Mexico, Panama and Hispaniola.

17th century - Northern coast falls to British buccaneers; British protectorate established over the coast until 1860 while the Spanish concentrate on the inland area.

1821 - Honduras gains independence from Spain but becomes part of Mexico.

Independence and US economic control

1969 - Brief but costly war with El Salvador over heavy immigration and disputed border.

1974 - Lopez resigns after allegedly accepting a bribe from a US company.

1981 - Roberto Suazo Cordova of the centrist Liberal Party of Honduras (PLH) is elected president, leading the first civilian government in more than a century.

1984 - General Alvarez is deposed amid anti-American demonstrations in Tegucigalpa. US-run training camps for Salvadoran counter-revolutionaries are shut down, but the government continues to cooperate with the US administration's anti-Sandinista activities in return for substantial economic aid.

1987 - Amnesty granted both to military and left-wing guerrillas for abuses committed during early 1980s.
1988 February - An Amnesty International report alleges an increase in human rights violations by armed forces and right-wing death squads.

1989 January - General Alvarez is assassinated by left-wing guerrillas in Tegucigalpa.

1989 February - Summit of Central American presidents in El Salvador reaches agreement on demobilisation of Nicaraguan Contras based in Honduras.

1998 May - Control of police transferred from military to civilian authorities, but reports of rights abuses continue.

1999 November - Congress ratifies 1986 maritime agreement with Colombia settling claims over the Caribbean Sea. This upsets Nicaragua, which claims some of the area as its own.

1999 December - Honduras and Nicaragua agree to halt ground troop deployments and pull out naval forces from the Caribbean sea pending resolution of a border dispute.

2000 June - Supreme Court rules that atrocities committed during 1980s are not covered by amnesty of 1987.

2001 January - Honduran Committee for the Defence of Human Rights says more than 1,000 street children were murdered in 2000 by death squads backed by the police.

2001 August - UN calls on government to prevent extrajudicial killings of hundreds of children and teenagers, some at the hands of police officers.

2002 January - Ricardo Maduro inaugurated as president. He says armed forces will play greater role in fighting crime. Declaration is greeted with dismay at home and abroad.

Hundreds of juvenile gangs - or maras - operate in Honduras

2002 January - Honduras re-establishes diplomatic ties with Cuba which it severed in 1961 when Cuba was expelled from Organisation of American States.

2003 May - Congress votes to send troops to Iraq, making Honduras the first Central American country to authorise a deployment. 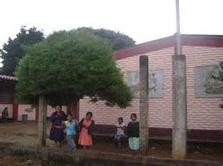 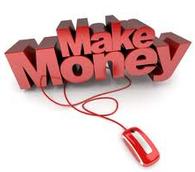 2003 December - Honduras - along with Guatemala, El Salvador and Nicaragua - agrees on a free trade agreement with the US.

2004 May - Prison fire at San Pedro Sula kills more than 100 inmates, many of them gang members.

2005 November - Tropical Storm Gamma kills more than 30 people and forces tens of thousands from their homes.

2006 April - Free trade deal with the US comes into effect. The Honduran Congress approved the Central American Free Trade Agreement (Cafta) in March 2005.

Honduras and neighbouring El Salvador inaugurate their newly-defined border. The countries fought over the disputed frontier in 1969.

2007 May - President Zelaya orders all the country's radio and TV stations to carry government propaganda for two hours a day for 10 days to counteract what he says is a campaign of misinformation.

2007 October - The International Court of Justice in the Hague settles a long-running territorial dispute between Honduras and Nicaragua.

President Manuel Zelaya visits Cuba, the first official trip by a Honduran president to the island in 46 years. The two countries recently agreed their maritime boundaries after a long-running dispute.

2008 August - Longtime US ally Honduras joins the Bolivarian Alternative for the Americas (ALBA), an alliance of leftist leaders in Latin America headed by Venezuelan President Hugo Chavez, a staunch US foe.

President Manuel Zelaya says a lack of international support to tackle chronic poverty forced him to seek aid from Venezuela.

2009 December - Congress rejects proposal that Mr Zelaya be allowed to return to office.

2010 February - Government says it has restored diplomatic ties with 29 countries following its isolation after the coup.

2010 May - "Truth commission" begins investigating Mr Zelaya's removal from office in 2009, and concludes it was a coup.

2010 December - Mexico, Honduras agree to work together to prevent attacks on illegal migrants from Honduras, many of whom are kidnapped on their way to the US.

2011 December - Congress votes to allow troops to take on police duties in a bid to tackle the high murder rate. US Peace Corps says it is withdrawing its volunteers due to rising insecurity.

2012 May - Thousands march to protest wave of violence against journalists - more than 20 of whom have been killed in the past three years.

The two most notorious street gangs in Honduras - the Mara Salvatrucha and the Mara Dieciocho - agree a truce, promising to end the violence which has claimed tens of thousands of lives.

2014 May - In the first extradition of a Honduran to the United States, Honduras hands over a wanted suspected drug lord Carlos Arnoldo Lobo.

2014 June - The US boosts aid and speeds up deportations to cope with the growing number of migrants from Central America. Honduras, Guatemala, and El Salvador are to receive millions of dollars to combat gang violence and help citizens repatriated from the US.

2014 October - The Red Cross says more than half a million people in Honduras have been affected by a severe drought, and launches an appeal for funds to assist them.

2015 April - Congress passes a law offering special protection to journalists, human rights activists and judicial workers with the establishment of a panel under the justice to investigate threats.

2015 April - The Supreme Court nullifies a law that prohibited presidents from serving more than one term.

2015 June - Tens of thousands of Hondurans march in the capital, demanding the resignation of President Juan Orlando Hernandez over opposition claims he received millions of dollars from the country's public health system for his 2013 election campaign.

2016 February - An international mission aimed at tackling widespread corruption in Honduras is installed with a four-year mandate.

2016 March - Indigenous leader and respected environmental rights activist Berta Caceres is killed by gunmen at her home in Esperanza, some 200 km from the capital Tegucigalpa.